It's been a while, but let's jump right back into it.

Here Comes Santa is a 14-minute short from 2011, a year before the Silent Night remake (if you want to call it such) came out. This short works very effectively in terms of suspense and getting the heart racing. It's perhaps one of the best shorts I watched for this blog thus far, but I don't want to overstate my appreciation just in case others don't see it as highly as I do. I will say, though, that I was very happy with this one, and if you're a fan of the slasher sub-genre, do yourself a favor and watch this. 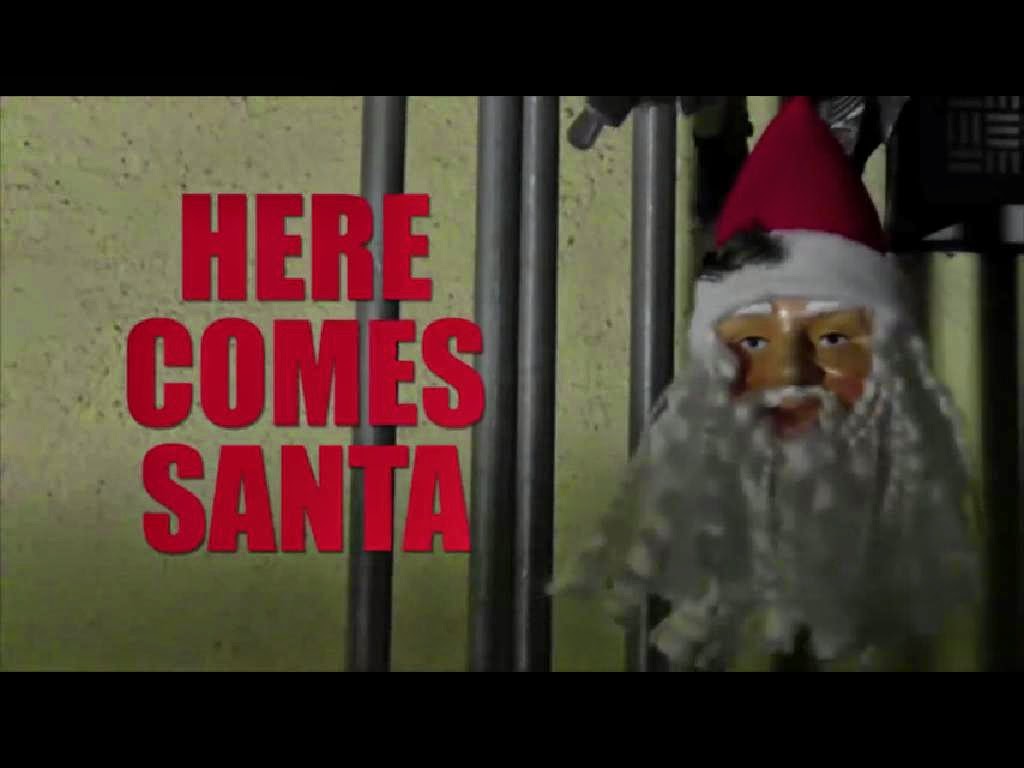 It's December 13th, 2011, and news reports from the radio make reference to a serial killer who has been terrorizing the community in recent times, with at least four victims (including a pregnant woman). Police are on the lookout, but no suspect has yet been brought into custody.

Enter our main character, Mary, who is being hired by her neighbor living across the street, Mrs. Hayes, to assist putting up Christmas decorations 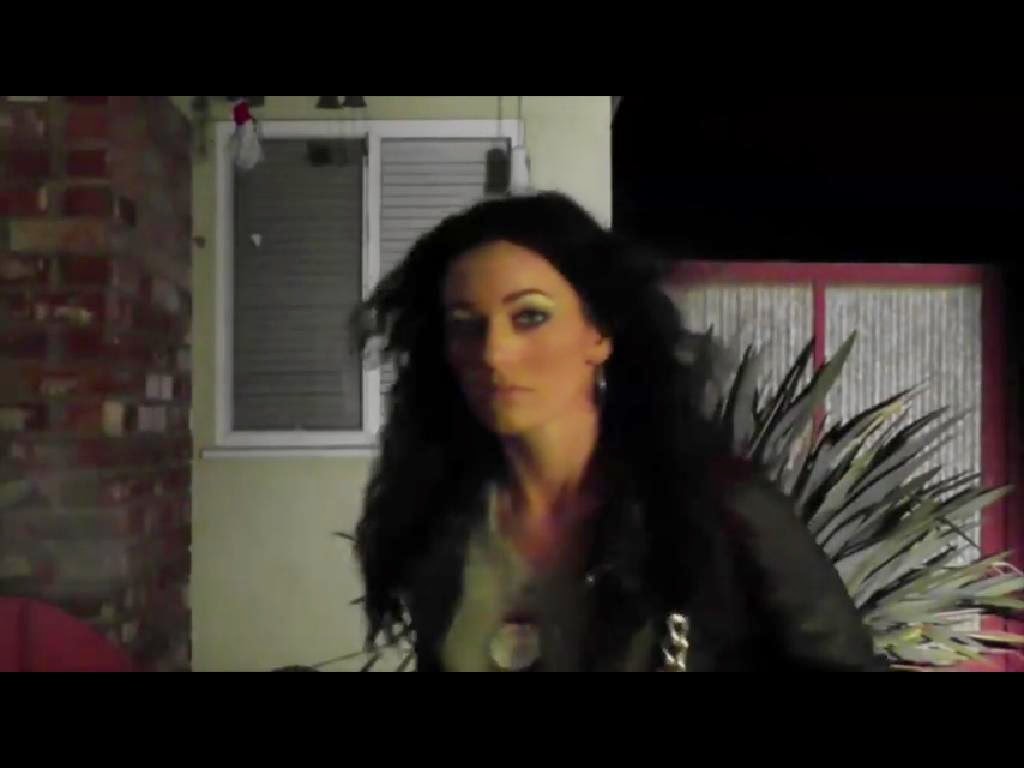 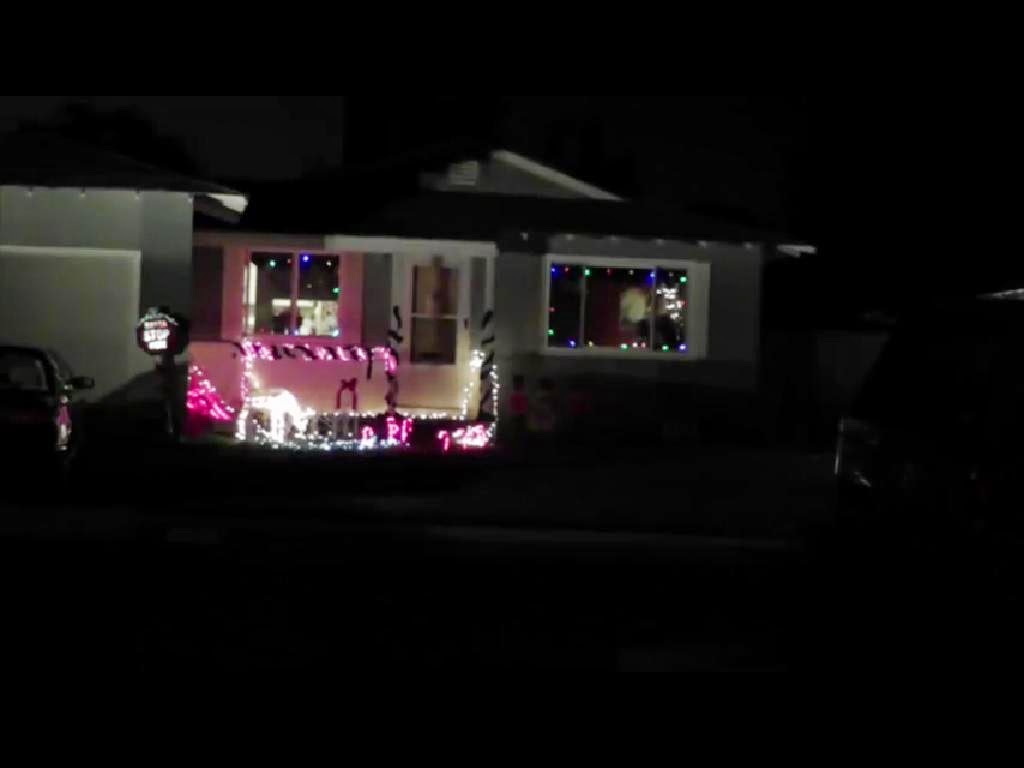 Mrs. Hayes is polite enough, and overly intoxicated by the Christmas spirit - just check out her Santa Claus hat - but doesn't shy away from the occasional (and humorous) vulgarity. She gives Mary directions on how she wants the remaining boxes of decorations put up, and enthusiastically speaks about the holidays. 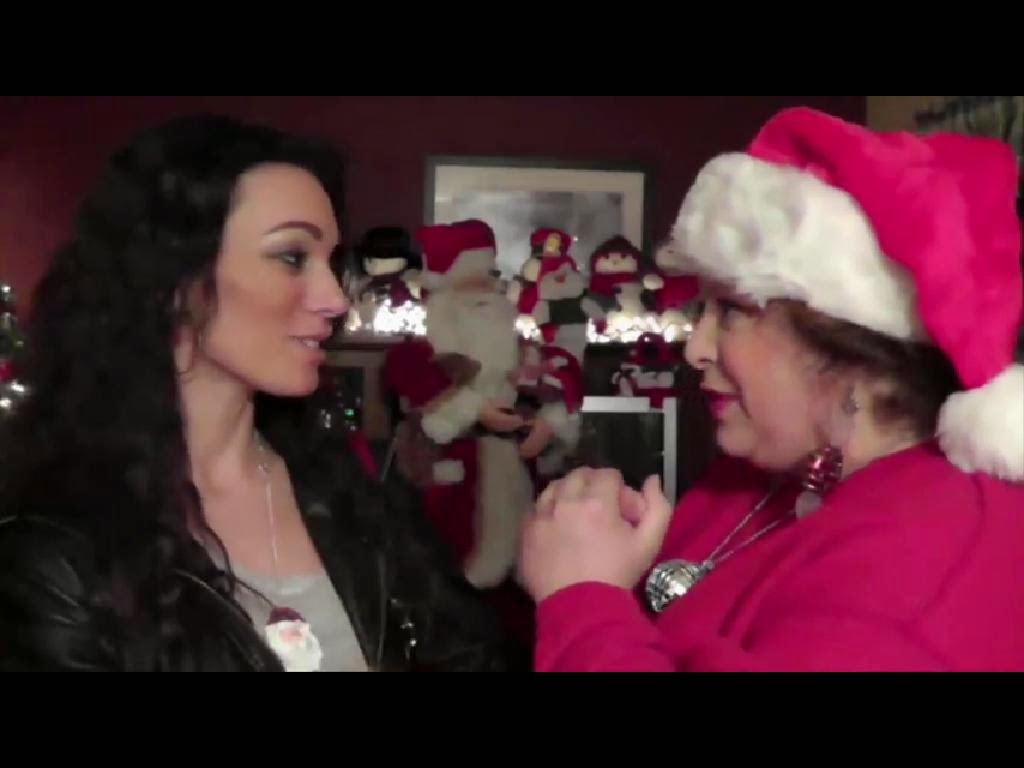 The decorations aren't all pleasing to Mary, though - in fact, some are moderately creepy, including this life-size Santa Claus figure. According to Hayes, though, she shouldn't bother about him, as "he still needs a few more cotton balls shoved up his ass before he's done." 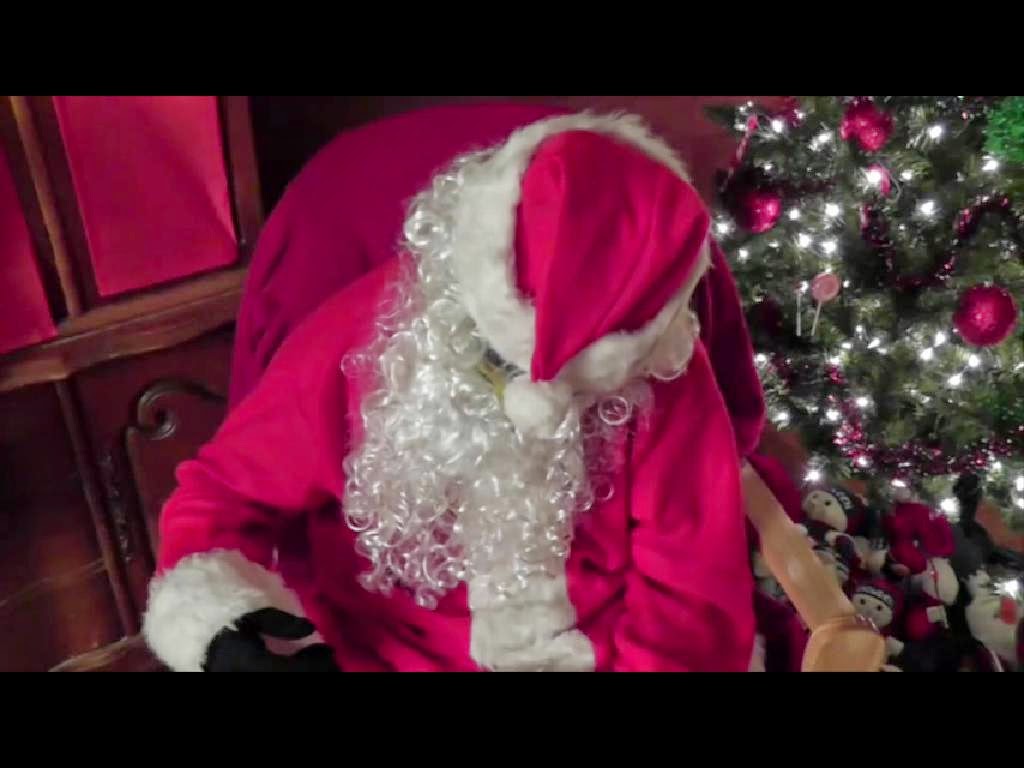 She also informs Mary that there is a flashlight available should she need it when bringing in more boxes of decorations from the back. They talk over money (Mary making $100 for just dealing with decorations - quite the deal, I think), and once that's done, Mrs. Hayes takes her leave, apparently going on a date. Before she can get into her car, however, she hears a hears her cat behind the bushes lining her driveway. Naturally, she deems it in her best interest to check it out, and thus, is attacked and killed by a man wearing a full ghillie suit. 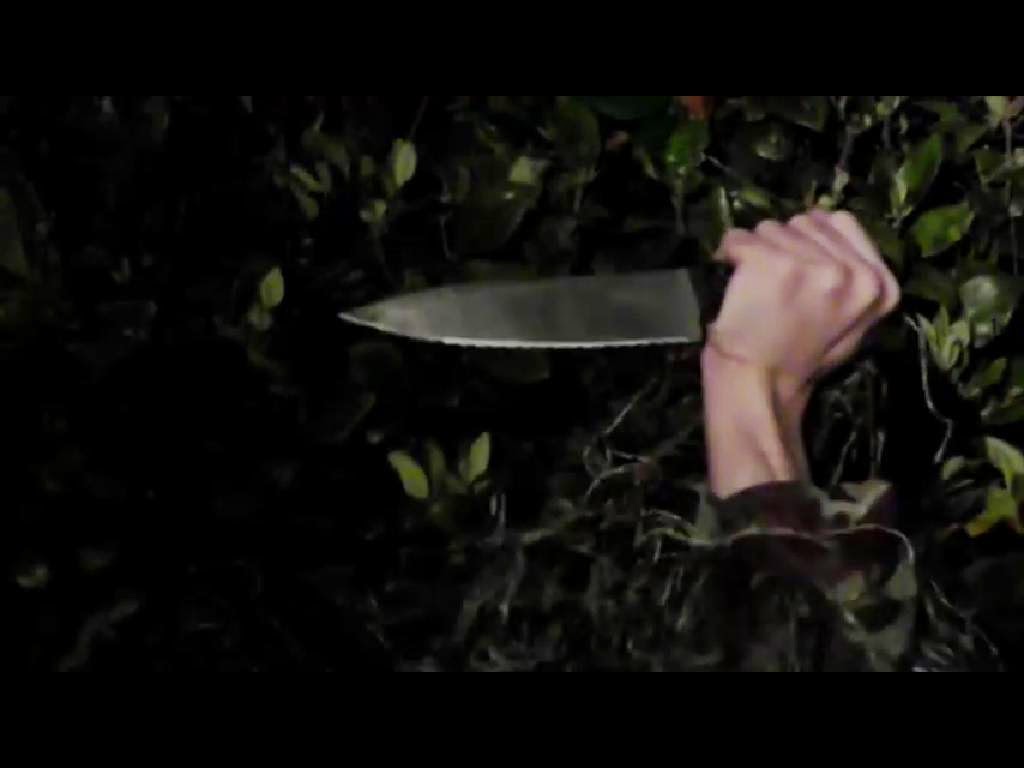 Oblivious to this, Mary gets a call from her mother (who lives with her across the street), who informs her that she's going away for a few hours. It's only when she watches her mother drive away that she notices the vehicle is still in the driveway, and also finds a ghillie suit, which visibly confuses her.

While on the phone (her mother calls her back), which temporarily distracts her from the suit, we see the killer sneak into the house, brandishing a knife. She runs into the house and locks the door, her mother telling her that Mrs. Hayes was probably picked up by her date and hence didn't need the car. 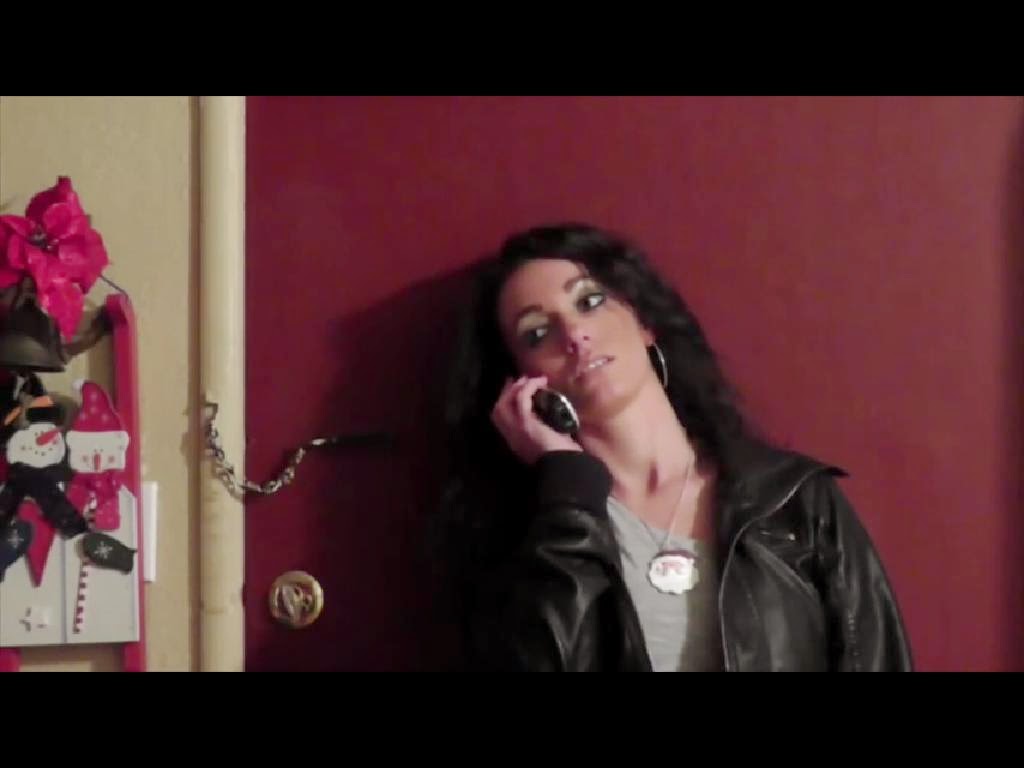 Deciding to ignore her worries, she goes at to the back to move the boxes inside, along with another life-size Santa figure, but a jump scare featuring Muffins, Mrs. Hayes' aforementioned cat, persuades her otherwise. Because of this, she doesn't see that the neglected figure is not just a cotton-filled dummy, but the body of Mrs. Hayes. 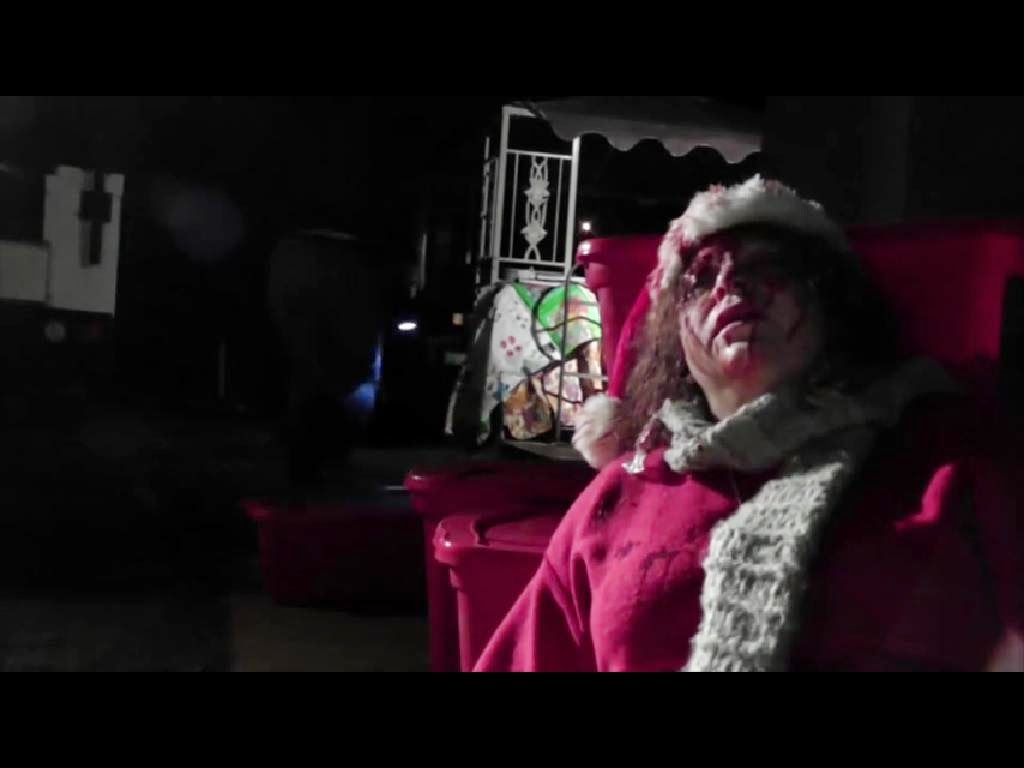 While untangling some Christmas lights, the figure of Santa Claus behinds her stands up, unbeknownst to Mary. However, after a few seconds, it does become obvious that she feels someone watching her. 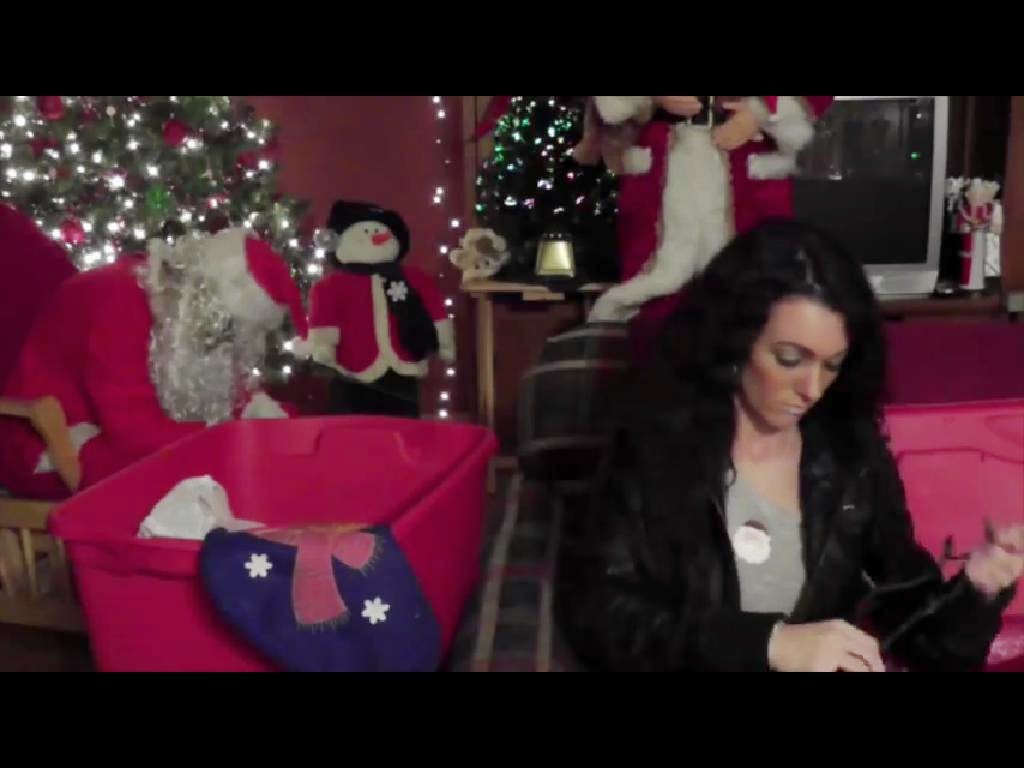 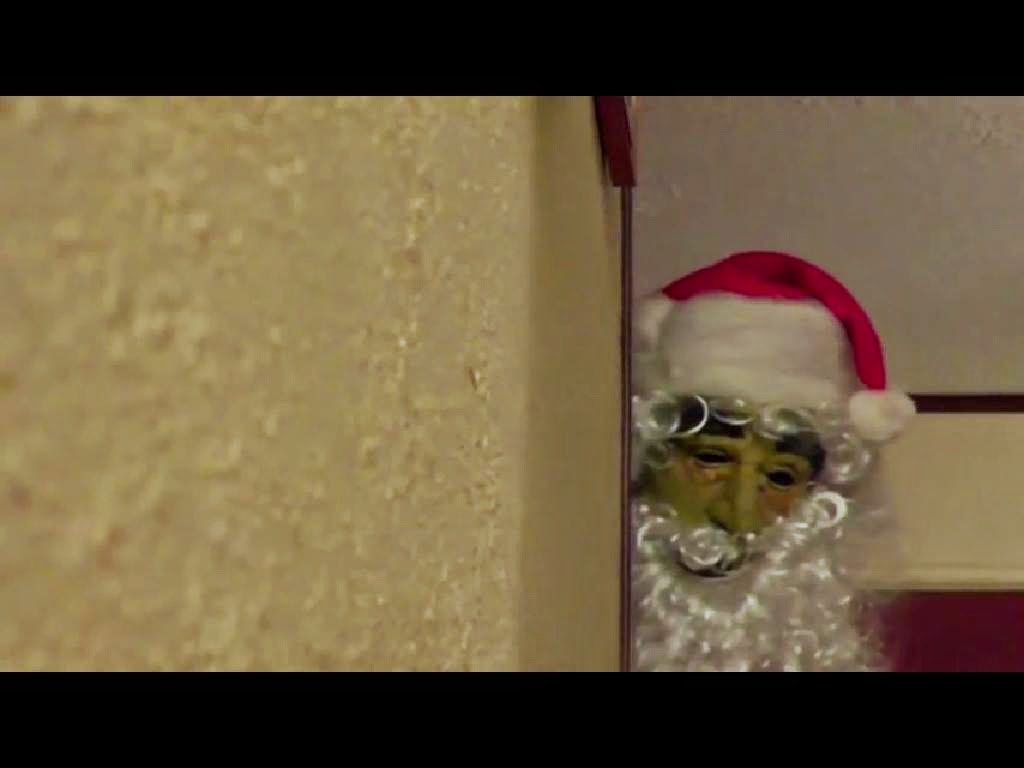 Rather wisely, she follows her gut instincts and hides, arming herself with an iron (the appliance, not the element). Cue the instrumental, soothing tones of "Silent Night" in the background, and the suspense begins.

Here Comes Santa (named for the Bing Crosby and Andrews Sisters Christmas standard which begins playing near the end of the short) is quite a well-made Christmas-themed horror short. There are few detractors, but for the most part, it's an overly-solid film.

The acting isn't too bad, but at the same time, there are a few scenes which come across as a bit cliche (including the standard cat jump scare about halfway through the short). Mrs. Hayes actress is pretty amusing, though, and even slightly adorable to see someone as addicted to Christmas as she seems to be. Mary makes a few foolish choices during the chase scene around the house, but it doesn't take too much from the short as a whole.

One of the best parts of the short would have to be the background music, though. Mrs. Hayes has a radio in her house which plays Christmas music on loop during the events of the short, including an instrumental version of "Silent Night" and during the ending scenes and into the credits, "Here Comes Santa," which juxtaposes well with the onscreen malice occurring. This latter song can be found here; just imagine this song being played while a massacre occurs. Just a great musical choice.

The short ends well, and it doesn't try to fit too much into it, which can sometimes make it seem somewhat unrealistic. Overall, I highly recommend this one - it's better than some of the Christmas horror classics (I'm looking at you, You Better Watch Out). Very enjoyable short, and it's one of the better shorts I've seen. Check it out.